Selected results from past auctions

In 1929, when the Lübeck merchant Edgar Mohrmann founded a stamp auction house, no one could have imagined that he would lead this company to world renown within the next decades, despite all the political turmoil. During more than 80 years, over 200 auctions were held to sell the greatest rarities - a market was created that brought buyers and sellers together at a high level. Edgar Mohrmann played a major role in creating the term "share of the little man" for the postage stamp.

The fascination of philately has attracted millions of collectors worldwide since the first stamps were issued in 1840. Depending on the tastes of the time, the habits and preferences of collectors changed constantly, new collecting areas were favored or they were forgotten again.

The intuition and the precise knowledge of these processes along with a firm knowledge of the subject are indispensable conditions for anyone who wants to compete in this market. 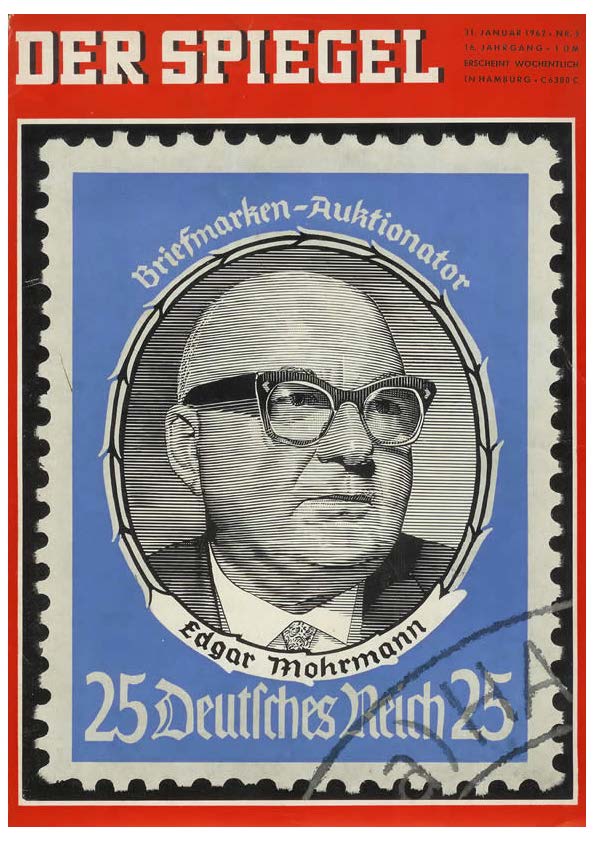 Today, the stamp and coin auction house is part of CG Collectors World. More than 90 years after its foundation, the Edgar Mohrmann company continues to be a guarantee for good auction results, reliability and discretion.